Tomorrow for us, today for New Zealand (and Australia) marks a very special day in history – the 100th anniversary of the ANZAC campaign in Gallipoli during World War I. ANZAC stands for Australian and New Zealand Army Corps and over the years, ANZAC day has become a wider day of remembrance that commemorates both Nations men and women who served in their military through all wars.

I used to work both for the British and New Zealand Governments so I have spent many a cool and quiet morning at the National Cemetery for the ANZAC Day dawn ceremony remembering this specific moment in time. I’ve visited the War Memorial in Canberra, Australia where pictures and items from the Gallipoli campaign were displayed. Incredibly powerful.

One hundred years ago, on April 25th Aussie and Kiwi soldiers landed at Gallipoli, as part of an Allied forces planned expedition to capture the Gallipoli Peninsula which would open up a path to the Black Sea for the Allied Navies. What was meant to be a very quick and decisive strike, became a long, drawn out stalemate that lasted over 8 months. More than just one battle amongst many in the Great War, that day, marked the end of innocence and a birth of two nations into the world stage.

There are many, many stories of the ANZACs and their incredible bravery that have become an unwritten yet powerful legacy that have shaped those two nations culture and national identity. These stories are too numerous to cover here, after all this is a food blog but if you are ever looking for inspiration, I suggest you do a little reading about this particular campaign. We could do with a little bit more of what was demonstrated on that day in 1915 in our world today.

Okay, so now onto the food. ANZAC Biscuits (or cookies, here in the US) are made during this time of year to celebrate ANZAC day all across New Zealand and Australia. Their history is a bit muddled but legend has it that the women who stayed behind made and sent these for their men abroad. They are unique because they don’t have any eggs in them both for preservation reasons and the scarcity of eggs due to all the farmers who went off to battle.

Thank you to all of those who served including my granddad Allan during the War of the Pacific and those who have gave their lives for the freedoms we have today. 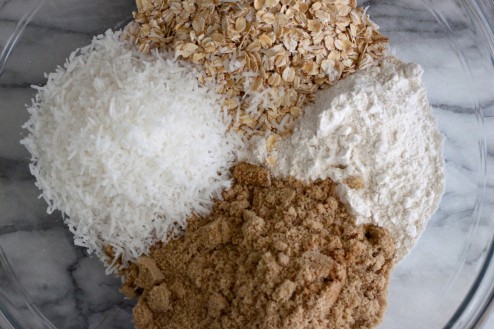 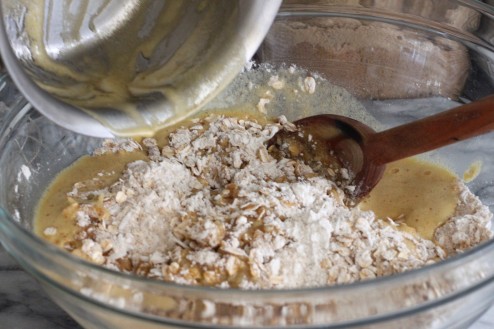 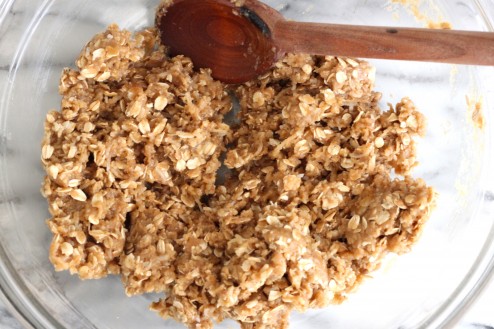 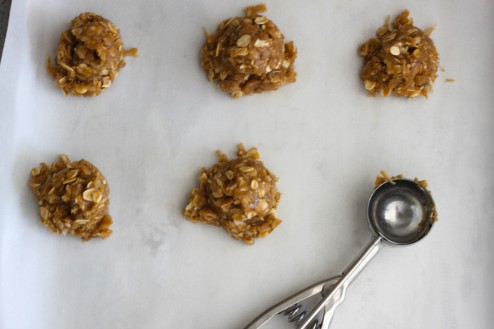 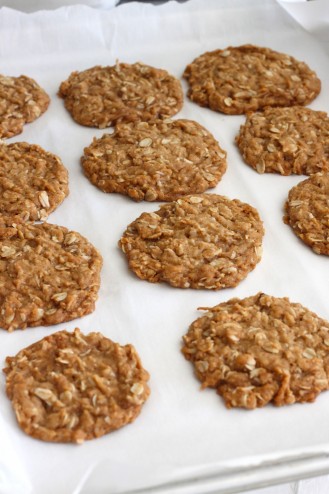 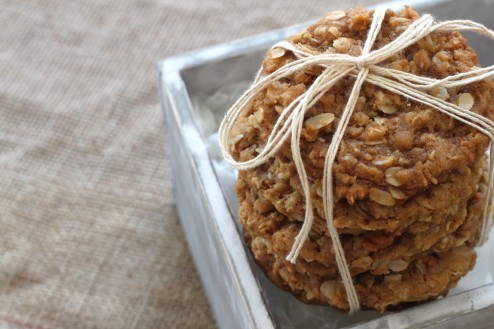 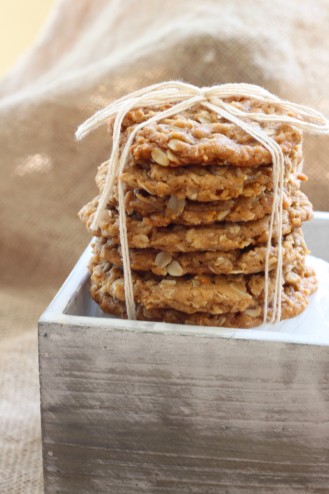 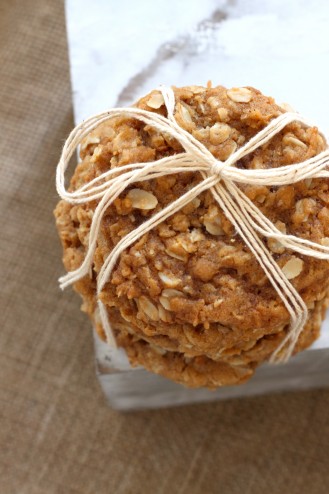 This recipe is a slightly adjusted recipe from my mums, incredibly easy and delicious.