Don’t be deterred by the lengthy cooking time of this recipe, you will be rewarded with the most moist, flavorful pork ever. Couple this with the apricot molasses barbecue sauce which crisps and caramelizes the pork and you will have yourself some amazing pulled pork, perfect by itself or in sandwiches the next day – it’s the gift that keeps on giving. 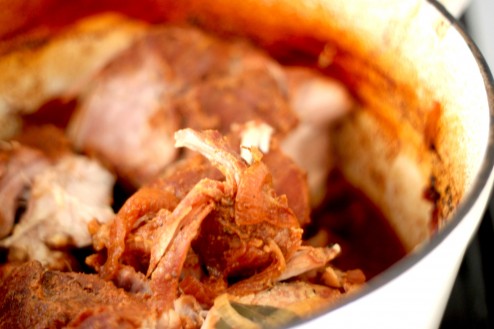 The pork is breaking apart, just as it should be. 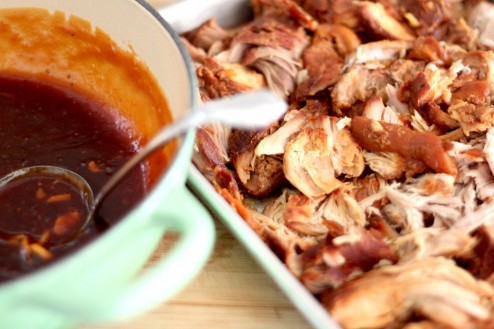 I prefer semi-large chunks but you can shred it more fine it you prefer it that way. Spoon the sauce over the top and place it in the oven. 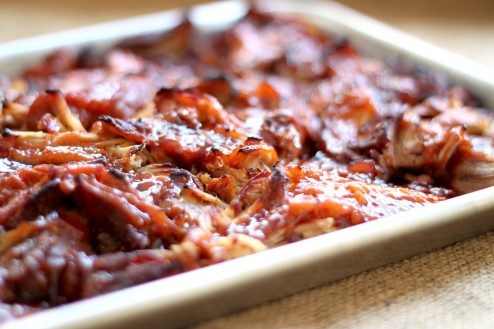 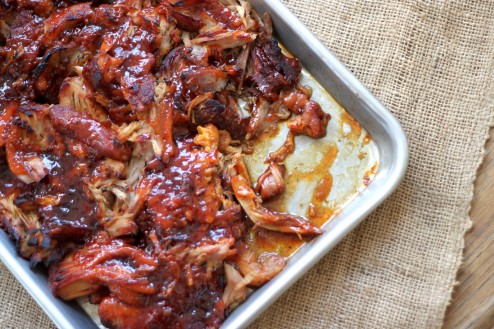 Pretty much incredibly delicious and totally amazing as leftovers – pulled pork sandwiches, anyone?!

In a large dutch oven, place pork butts and remaining ingredients; cover and cook for 6-8 hours or until pork breaks apart easily.

While pork cooks, make your barbecue sauce. In a medium saucepan, combine all of the ingredients except the salt. Add in 1/2 cup water and bring to a boil making sure to stir well. Remove from heat and let cool. Set aside.

Remove dutch oven from the oven and turn the oven on broil. Remove pork pieces (it will break apart) and place on a large baking tray. Drizzle the barbecue sauce over the top and place in oven on the top rack to broil for 10 minutes or until some of the pork begins to crisp and caramelize. Remove and serve immediately.